The global response to Putin’s invasion of Ukraine has been swift and fierce. It seems nobody is in support of Russia’s unprovoked attack on the country. People around the world have found ways to show support for Ukraine. And that includes citizens of the country, who are eager to defend their homeland.

One actress, of Ukrainian descent, blasted the invasion. 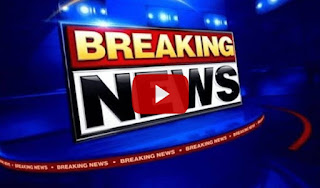 Actress Katheryn Winnick may have been born in Canada, but her heart and homeland is with Ukraine.

The “Big Sky” star was born to Ukrainian parents, speaking Ukrainian at home and attending Ukrainian school every Saturday for 16 years…

“I am so proud that [President Volodymyr Zelenskyy] is the leader that we have,” Winnick told Fox News Digital. “He understands our fight, that we are Ukrainian strong, and we will fight to the death to protect what is ours and is our home.”

Another star is going even further to defend her home. She is picking up a rifle and fighting.

Anastasia Lenna, Ukraine’s 2015 representative in the Miss Grand International beauty contest, has answered the call to defend her home, according to her Instagram account.

“Everyone who crosses the Ukrainian border with the intent to invade will be killed!” said one post made in English on Saturday, accompanied by a photo of armed soldiers blocking a roadway.

And a Ukrainian bishop is not mincing words when giving his opinion of Putin.

A Ukrainian archbishop and spokesman for the Orthodox Church of Ukraine condemned Russian President Vladimir Putin as the “anti-Christ of our current time” as Russia invades Ukraine.

Various Ukrainian figures have been speaking out in support of their country, as Putin invades. Katheryn Winnick is star of Big Sky and Vikings, and is of Ukrainian descent. She stood up for President Zelenskyy, who is tirelessly fighting the Russian invasion.

She is joined by former beauty queen Anastasia Lenna, who joined the Ukrainian military to fight the invasion. She announced her intent to defend her homeland on social media, promising to kill invaders in no uncertain terms.

Perhaps the harshest reaction yet has come from the Orthodox Church of Ukraine’s spokesman, Yevstratiy Zoria, who called Putin the “anti-Christ” of our times. The church leader blasted the Russian dictator’s invasion of his country, saying he is going “against gospel” and “against God’s law.” It will be hard to find anyone outside of Russia who disagrees with that assessment.

More and more people are standing up for Ukraine. And it’s not just Ukrainian citizens. Counties across the globe are showing their support for the country. Most people can’t pick up a gun and fight. But they are doing what they can to tell Russia this invasion will not stand.

Previous President Donald Trump Will Headline MAGA Rally in Florence, SC on March 12, 2022
Next Top Democrat Caught At Drunken Slumber Party – 9 Middle School Girls Are Horrified At What She Does