The Congressional Petty Cash Office has released its report for the past year’s spending. Speaker of the House, Nancy Pelosi, had the highest petty cash bill in Congress at $105,086. The number, while high, isn’t uncommon for speakers who have a lot of guests and serve a lot of breakfast and lunch foods for meetings. What is uncommon, according to National Comptroller, Art Tubolls, is the breakdown:

“We see Speakers spend this kind of money all the time. The difference is, Pelosi isn’t spending money on meetings, pastries, and finger sandwiches — she’s holding cocktail parties with wings, nachos, and a full open bar. Her alcohol tab was nearly 70 percent of her total spend.”

House Ways and Means Chairman Lindsey Graham says there should be an investigation but he doubts it will happen. That’s because Pelosi’s parties are completely legal, according to Constitutional scholar Alan Dershowitz:

“The Constitution guarantees the Speaker the right to serve the common good and to welcome guests with the public trust. So it won’t do any good to try to prosecute her. What we really need to do is get a law passed that alcohol isn’t something the taxpayers will pay for.”

President Trump, who doesn’t drink alcohol, called Pelosi a “lush with very poor character who should be in rehab.” He’s instructing AG Barr to look into whether or not anything can be done at the Executive level. 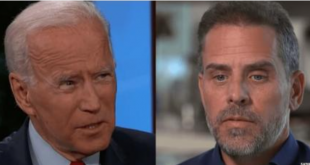