Speaker of the House Nancy Pelosi is refusing to support the Senate stimulus bill. The reason? She wants to provide undocumented immigrants with a fast track to naturalization so that they can vote in November.

Senate Majority Leader Mitch McConnell was furious, as Pelosi’s timing could not be worse given the gravity of the current situation. Interviewed by One America Nitwit Network anchor Joe Barron, McConnell stated:

“Nancy Pelosi has no right to play the grim reaper. That’s my job. Besides, I had first dibs. My friends in the corporate world desperately need this bailout, and we cannot allow her to prevent that from happening. We can take care of the American people later. First things first. Without corporations, there are no jobs. Without jobs, we have to keep paying unemployment and all the other entitlements. We need to get people back to work so that corporations can make a profit.”

Pelosi spokeswoman Katrina Pierson was adamant that the proposal was the right move:

“Look, we need enough voters participating in the election to have a quorum. It’s that simple. Otherwise the election will be void according to Robert’s Rules. Every year there are fewer baby boomers who vote, and it’s looking like this year will be the first election where we won’t have a quorum. So a fast track to Naturalization for undocumented immigrants is the only way to solve this problem. They will all have to take a citizenship test, including English and civics, just like all other immigrants. Since they know more about civics and have a better grasp of the English language than most Trump supporters, it should be a piece of cake.”

The entire country can only hope that this impasse gets resolved soon. 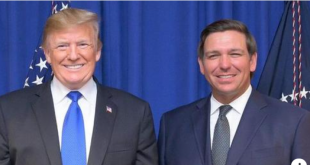